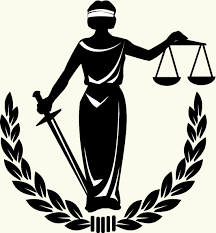 Respondent :- State Of U.P. And Another

The petitioner, who was working as Regional Manager in the Regional Office, District Meerut, has retired from service on 31.12.2006. Prior to his retirement departmental proceedings were initiated against him on 08.02.2005 on allegations of causing storage loss of Rice in the U.P. State Warehousing Corporation. The enquiry could not be concluded and thereafter the petitioner retired from service on attaining the age of superannuation on 31.12.2006. By the impugned orders dated 19.08.2010 damages amounting to Rs.72,123.75/- has been imposed against the petitioner by way of penalty and by the order dated 08.11.2013 recovery of Rs.1,15,753.50/- has been issued against the petitioner.

The contention of the learned counsel for the petitioner is that the provisions of Article 351 -A of the Civil Service Regulations do not apply to the employees of the State Warehousing Corporation and therefore after the retirement of the petitioner no recovery can be made by way of penalty.
This controversy has already been settled by the Supreme Court in the case reported in AIR (SCW) 2014-0-5271, Dev Prakash Tiwari Vs. U.P. Co-operative Institutional Service Board, Lucknow and Ors, wherein the Supreme Court relying upon its earlier decision in the case of Bhagirathi Jena Vs. Borad of Directors, O.S.F.C. and Others (1999) 3 SCC 666 has held that no disciplinary proceedings can be continued in the case of such employees after retirement.

Paragraphs 4, 5 and 6 of the judgment of the Supreme Court read as follows:

"4. Per contra the learned counsel appearing for the respondents contended that pursuant to the liberty given by the High Court in its order dated 10.01.2006 fresh disciplinary proceeding was initiated and as held by this Court in its decision rendered in U.P. Coop. Federation Ltd. Case (supra) the right of the employer to hold a fresh inquiry cannot be denied on the ground that the employee has since retired from service and the impugned order is sustainable.

We have carefully considered the rival submissions. The facts are not in dispute. The High Court while quashing the earlier disciplinary proceedings on the ground of violation of principles of natural justice in its order dated 10.1.2006 granted liberty to initiate the fresh inquiry in accordance with the Regulations. The appellant who was reinstated in service on 26.4.2006 and fresh disciplinary proceeding was initiated on 7.7.2006 and while that was pending, the appellant attained the age of superannuation and retired on 31.3.2009. There is no provision in the Uttar Pradesh Co-operative Employees Service Regulations, 1975, for initiation or continuation of disciplinary proceeding after retirement of the appellant nor there is any provision stating that in case misconduct is established a deduction could be made from his retiral benefits. An occasion came before this Court to consider the continuance of disciplinary inquiry in similar circumstance in Bhagirathi Jena's case (supra) and it was laid down as follows:

" 5. Learned Senior Counsel for the respondents also relied upon Clause (3) (c) of Regulation-44 of the Orissa State Financial Corporation Staff Regulations, 1975. It reads thus : "When the employee who has been dismissed, removed or suspended is reinstated, the Board shall consider and make a specific order :-

(i) Regarding the pay and allowances to be paid to the employee for the period of his absence from duty, and (ii) Whether or not the said period shall be treated as a period on duty."

5. In the subsequent decision of this Court in U.P. Coop. Federation case (supra) on facts, the disciplinary proceeding against employee was quashed by the High Court since no opportunity of hearing was given to him in the inquiry and the management in its appeal before this Court sought for grant of liberty to hold a fresh inquiry and this Court held that charges levelled against the employee were not minor in nature, and therefore, it would not be proper to foreclose the right of the employer to hold a fresh inquiry only on the ground that the employee has since retired from the service and accordingly granted the liberty sought for by the management.

6. While dealing with the above case, the earlier decision in Bhagirathi Jena's case (supra) was not brought to the notice of this Court and no contention was raised pertaining to the provisions under which the disciplinary proceeding was initiated and as such no ratio came to be laid down. In our view the said decision cannot help the respondents herein.

Once the appellant had retired from service on 31.3.2009, there was no authority vested with the respondents for continuing the disciplinary proceeding even for the purpose of imposing any reduction in the retiral benefits payable to the appellant. In the absence of such an authority it must be held that the enquiry had lapsed and the appellant was entitled to get full retiral benefits.
The above legal proposition as settled by the Supreme Court could not be disputed by the learned counsel for the respondents.

Thus, in view of the law laid down by the Supreme Court in Dev Prakash Tiwari (supra) no departmental proceedings can be initiated or continued against the petitioner after his retirement and therefore the impugned orders dated 08.11.2013 and 19.08.2010 cannot survive and are accordingly quashed.

The petitioner will be entitled to payment of entire leave encahsment amount and such payment shall be made by the respondents to the petitioner within two months from the date of receipt of a certified copy of this order.