HIGH COURT OF JUDICATURE AT ALLAHABAD
Court No. - 2

Hon'ble Pankaj Mithal,J.
Heard learned counsel for the parties and perused the pleadings exchanged.
The firearm licence of the petitioner in respect of rifle has been cancelled and the appeal has been dismissed.

The submission of learned counsel for the petitioner is that his license has been cancelled as he is involved in a criminal case and according to police report his conduct is of a criminal nature.None of these grounds are good enough for cancelling the license.

I have perused the impugned order and found that only for the reason that a criminal case is pending against the petitioner and that he has indulged in marpeet or that his conduct was found to be of criminal nature his firearm license has been cancelled.

It has been settled by catena of decisions that mere pendency of criminal case can not by itself is sufficient to cancel firearm license or to revoke the same. The nature and character of the petitioner is not material for cancelling the license unless there is finding that his conduct is of such a nature that it is likely to disturb the public safety and peace. 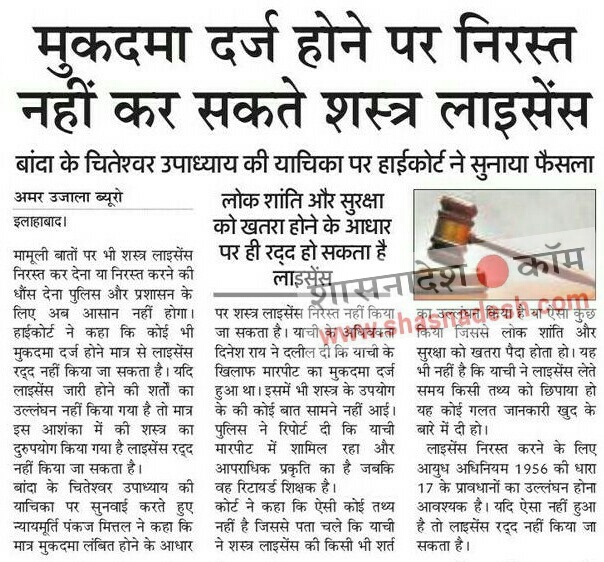