Respondent :- State Of U.P. And 3 Others

Heard learned counsel for the petitioner and the learned Standing counsel.

On� 19 November 2018 the State was called upon to file a reply on this petition.

Despite time having been granted, no affidavit has been filed.

The claim itself is for release of gratuity, leave encashment, pensionary benefits and other post retiral dues of the petitioner who retired on 31 December 2016.

These dues appear to have been withheld consequent to the petitioner being named in criminal case No. 402 of 1982. This criminal case is still pending trial.

The power of the State to retain gratuity and other retiral benefits with reference to provisions of Regulation 351AA read with 919A was duly dealt with by this Court in its decision� rendered on WRIT - A No. - 24624 of 2017 (Krishna Chandra Pandey Vs. State of U.P. and 3 Others) wherein the following observations were made:-

"As is evident from the principles enunciated in Faini Singh, while recognizing the power of the State to withhold gratuity and to fix a provisional pension during the pendency of judicial or departmental proceedings, the Division Bench further proceeded to hold that the action of withholding such benefits must be preceded by due application of mind and consideration of whether the charges levelled against the employee were serious and related to grave misconduct. The Division Bench in Faini Singh further proceeded to observe that there must be a due application of mind by the respondents while invoking the provisions of Regulation 919-A, as to whether any pecuniary loss stood caused to the Government or whether the allegations against the employee were of a serious crime, grave misconduct or negligence during his service. The Division Bench, essentially, highlighted that while the power did exist, the same must be exercised with due circumspection and action not taken mechanically.

The subsistence of judicial proceedings or departmental inquiry against a retiring government servant would, at best, lead to a position where the State-respondents would be entitled to invoke these provisions. Independently and as was mandated by the Division Bench in Faini Singh, the competent authority must take into consideration the nature of allegations levelled, gravity of the charge against the retiring government servant, the role ascribed to the government servant in the commission of the crime, nature of offenses of which he is charged and other relevant factors. The decision to withhold would, thus, have to be taken upon due consideration of the above and other germane factors. "

Presently the respondents have failed to furnish any justification for continued retention of the retiral benefits.

Consequently an interim mandamus is hereby issued calling upon the respondents to produce before this Court all dues which. according to them, are admittedly payable to the petitioner or to show cause on or before the next date fixed. 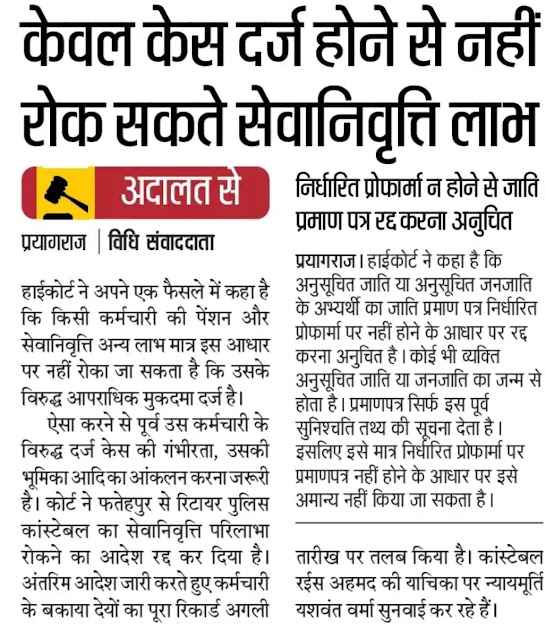 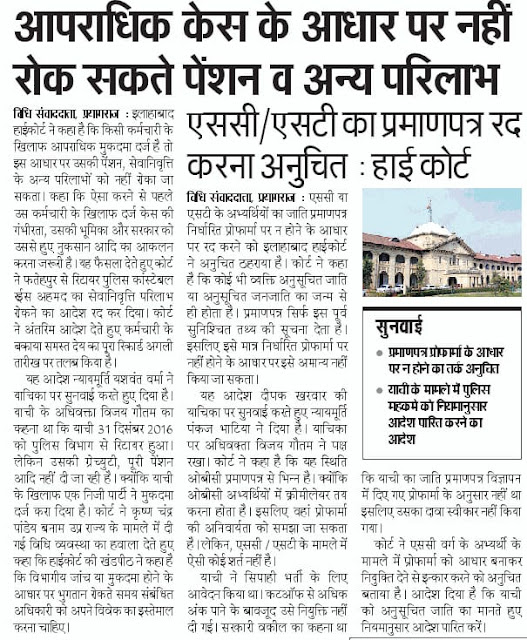